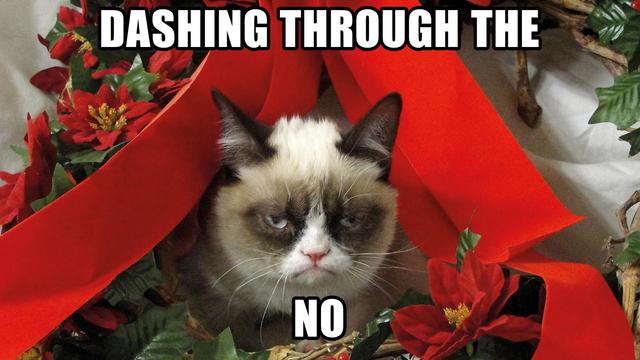 Mostly a Christmas post but Thanksgiving can be substituted.

In our community especially… the pressure is high. Too many closeted kids, or too many family members with uncomfortable smiles and wary eyes at their gay nephews and nieces. Too many conservative thoughts you disagree with so violently it makes your stomach hurt. Too many people who can’t go home at all. Too many people on diets or in AA. Struggling with depression when all the cheer only reminds you how “not normal” you are. Struggling with anxiety and the fear of the social part of it, the questions, the reactions to gifts that you haven’t perfected yet. Going in tired before its even started.

The struggle is real, guys.

So let’s try to make it a little easier?

Ways to turn your perspective around | Aka: be positive-

If you’re alone during the holidays-

Need something else? Google-

Remember that in most situations, even if they’re hard to take, these people are your family and they love you.

A lot of info for this post was taking from The Huffington Post, Web MD, Mental Health Now, Buzzfeed, and Psychology Today.

Name Origin: Scott was another one of those kids that was named just because his parents liked the way it sounded and not for any real reason. Originally they intended to call him Alexander Scott, but decided that it was likely people would start calling him ‘Alex’ which they didn’t really care for, so they switched the order.

Nicknames: Scotty, when he was younger and occasionally still by Matt (sometimes sarcastically by Lakyn); Baby, by Lakyn; Scotty Scott, by Lena.

Religion: Scott was turned off of religion from a young age, mostly because he was raised in a Fear God environment with overbearing parents. When he came to terms with his sexuality he began to lean strongly in the ‘atheist’ lane. It’s not particularly something he talks about often, but when asked he still participates in religious activities with his self-made family, if only out of respect.

Physicality: Scott’s noted as being tall, broad shouldered, and usually tan. He has chocolate brown eyes, brown hair, and a sunshine smile. Football and a general enjoyment of working out keeps his body in good shape. His fashion sense is mostly jeans and teeshirts, and he rarely gives what he’s wearing a second thought (often to Lakyn’s annoyance).  Height: 5’11” | Weight: 174lbs | Shirt Size: M | Chest: 42in | Waist: 34in | Shoe Size: 10

Sexuality: Gay. Scott came out of the closet at the tail end of his Sophomore year in high school. It wasn’t particularly a good experience, but it could have been worse. Although his sexuality caused some waves at school, Scott managed to hold onto his popularity. Unfortunately, his real problems came from home. Most of his extended family cut ties, his father decided to have nothing to do with him, and his mother never quite got over it. Scott dealt with the hurt and turned to the James family to fill the gap they left.

Scars & Tattoos: Scott was a rough and tumbley kid so he has quite a collection of scars, but nothing really eye catching. I doubt he’d be the type to get many tattoos, but he’d probably get one with Lakyn (Likely something like this, though probably on their shoulder blades instead of their wrists).

Quirks: Gayer than he seems, doesn’t really handle personal stress (known to be a bit of a drinker), likes to party a little too much, not particularly academic smart but common sense smart, likes scary movies even though he’s a chicken.

So, if you could pick someone to represent Scott, who would it be?

*Throws hands up angrily in the air* *proceeds to have five minute long tantrum* *slowly comes back to the computer*. I read somewhere once that the brain cannot make up faces. That even when you dream or imagine, you pick a face that you have seen somewhere, at sometime. If this is true I need the guy that ‘inspired’ Scott to call me ASAP because I am convinced this kid does not exist. The irony of this situation is that Scott has one of the most simple physical descriptions and yet…*long suffering sigh*.

Zac Efron isn’t a horrible choice (although if it were a movie now he’d be much too old for the role. Which, let’s be real, my entire fancast would be too old). I’ve always been a fan of his smile (which is definitely bright enough to be Scott’s). And that jawline. Whuddup.

Not completely happy with those choices buuuut. It is what it is I suppose.

Have you ever wanted to know something about Scott? Ask in the comments!

I saw these on tumblr and I just wanted to do them so!

2. If the sorting hat was on you and it said you’d be great in a house you didn’t consider before, will you follow his advice or choose what house you want?

(there are no other houses LOL)

3. What kind of animal would you bring to school?

4. If you were in class, where would you normally sit?

(close to the front for sure)

5. What do you think you’ll be doing right now?

7. Do you think you’ll be part of the quidditch team?

(I want to say yes because I love Quidditch SO FREAKING MUCH, but I’m incredibly unathletic. Maybe I’d be commentator? Except I’m blind too… *long suffering sigh* spectator it is.)

8. Will you be part of any organization???

(Eh I’d think about it, but likely would be too lazy to actually join. Unless some shit went down again…I like to think I’d be brave enough to join the DA or some shit.)

9. Will you go home during holidays?

(I’m actually not a fan of holiday’s, so I’d likely stay at Hogwarts…if, ya know, my mother let me LOL.)

10. Do you think you’ll have friends from other houses? 11. What will you pack for school?

(Just the usual stuff I suppose. Plus, like, lots of stuff to write on. Should there be a more interesting answer to this question?)

12. How about when going home for holidays, what will you bring home?

13. Would you consider studying in another wizarding school?

(I’m sure Ilvermorny is nice and all but…no thanks.)

14. Do you think you’ll be a prefect or head girl/boy?

(I’m not really a fan of the ‘responsibility’ thing.)

15. Are you going to be a pure-blood or half-blood or muggle-born?

16. Will you be related to any wizarding family?

(If we go with the idea that my mother would be a muggle born…probably not. At least, not closely.)

17. Will you be a student who gets into trouble a lot?

(I mean…probably at least a little bit)

18. Do you think you’ll get a lot of detention? For what reason/s?

(not too much trouble ya’ll)

19. On hogsmeade visits, what shops will you go to?

(all of them? Dervish & Banges and Scrivenshaft’s Quill Shop the most probably)

20. Will you read Hogwarts: A History?

(honestly, probably not a lot. I’d likely send more than I got.)

22. Will you subscribe to the daily prophet or the quibbler or other wizarding world media?

23. Which part of the castle will be your favorite?

25. Will you be curious enough to try and explore the whole castle, even if you know you can get in trouble for visiting some parts of it?

26. How frequent will your visits to the library be? (Given that no one’s gotten a T in like centuries I doubt I’d end up with one somehow. I’m not sure if I’d have an O either though. Probably just a lot of E’s. Same for my n.e.w.t.s -which was the next question.)

31. What wizard snack would be your favorite? Or which one would you like to try?

32. Will you collect chocolate frog cards?

33. What quidditch team (excluding hogwarts houses) will you support?

(Puddlemere United because it’s the team Wood goes on to play for.)

34. What will your boggart be?

35. Will you stay in the hog’s head or the three broomsticks? 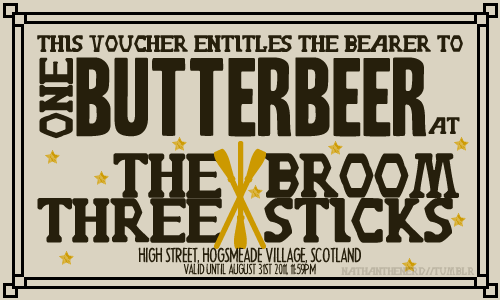 36. If you are of age, will you try to enter the triwizard tournament if they ever host one again?

37. Will you see the thestrals carrying the carriages?

38. Will you consider becoming a professor in hogwarts after school?

39. What would your patronus be?

(according to Pottermore, it’s a Nebelung Cat, which seems accurate)

40. What year are you suppose to be in right now?

To find your house, wand and patronus you can visit https://www.pottermore.com/ 🙂